The Specialists...Opportunity for Games Workshop?

Greetings fellow Wargamers and Hobbyists, and welcome to the streets, as I mount my much used soap box for another rant about the world of miniature wargaming and the Games Workshop hobby.

It's been a few weeks since my last post, partly due to the break that the Sprue Cutters Union has been on with our weekly topics - which will return soon! - and over the last few weeks the urge to write on a subject that I often wax lyrical on has become overwhelming: Specialist Games...

I for one like variety in my gaming - fair enough, you might argue that I can't really make that statement with any confidence, because I generally only play Games Workshop games, but my response to any sneers would be that I might only play games by one manufacturer, but I don't just play their main big sellers, Warhammer Fantasy and Warhammer 40,000, I also play a number of their other games.

For the  uninitiated (or coincidentally the younger player), the Specialist Games Range from Games Workshop includes a great variety of different game types, all set in their two worlds (or parallel world in the case of one game) - that of the Warhammer World and the Warhammer 40,000 Universe. They are as follows:

Epic - a game of massed infantry and vehicle battles using small scale miniatures set on the battlefields of the 41st Millennium - the one with the 'proper' Titans!

Necromunda - Gang warfare in the Underhive. 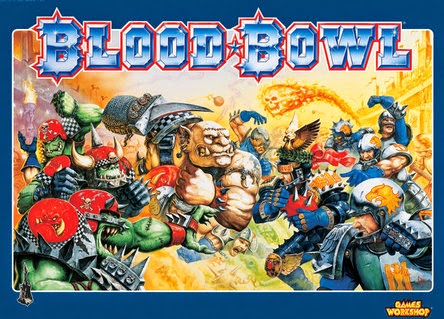 Blood Bowl - Fantasy Football set in parallel Warhammer World where differences between nations are settled on the pictch rather than on the battlefield. 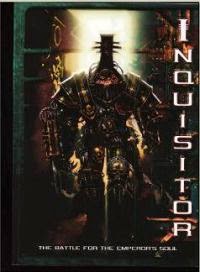 In this number I even include the seminal Man O' War, a game my played an awful lot of in the mid nineties, and completes the puzzle by giving us naval battles on the high seas of the Warhammer World, which Games Workshop tried to re-invent with Dreadfleet. 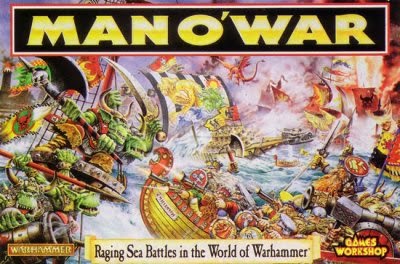 This list gives you massed warfare using tiny 6mm models, space naval warfare, fantasy football, skirmish/RPG games, everything you could want in the world of miniature wargaming, but for quite a while now, Games Workshop's support for these great games (in most cases) has dwindled.

It could be said that the reason that Games Workshop's support for many of their Specialist Games range has dropped off or ceased altogether is because there isn't the demand for them to anywhere near the same degree as there is for their 'big' games, but the changing miniature wargaming market I think is evidence to the contrary. There are so many new games coming out now which are just these types of games, offering the same styles of gaming as Specialist Games range, whether it's massed battles with tiny soldiers, naval games, skirmish games or mad cap sports, that I think Games Workshop are really missing a trick by not re-invigorating their Specialist range, and leaving a whole swathe of the market open for their competitors to exploit.

Whether it's Flames of War, All Quiet on the Martian Front or Dreadball, all of which I have heard good things about and I would like to try out, it seems crazy to me that Games Workshop would choose not to contest those areas of the market where they already have games out there. There is plainly a demand, and all the new games we are seeing are testament to that.

If I were to give Games Workshop one piece of advice right now, it would be to dust off the Specialist Games, even if only some of them, and get out there to fight for the market segments those games were born to fight for. I'm not talking huge miniature releases off the bat, but why not some articles, perhaps rules updates? Now that they have embraced (some might say excessively so) the digital release medium, surely the outlay for supporting the Specialist range would be minimal? And sections of Warhammer Visions dedicated to the Specialist Games would give it some much needed variety in my opinion.

If a few digtal releases and some photos in Visions sparks enough interest, who knows, maybe we could even see a resurgence with miniature releases and everything that goes into fully supporting a game system. If not, then a few digital rules updates and campaign books would make us veterans very happy indeed.

The time is now Games Workshop...now get out there and fight!

I am sure to return to the subject of Specialist Games soon, as I dig out dusty boxes of neglected models and prepare them for battle once more. Until then thanks for reading.

P.S. Here is the human Blood Bowl team I am working on, and once they are finished, my wife has commited to her first ever game! 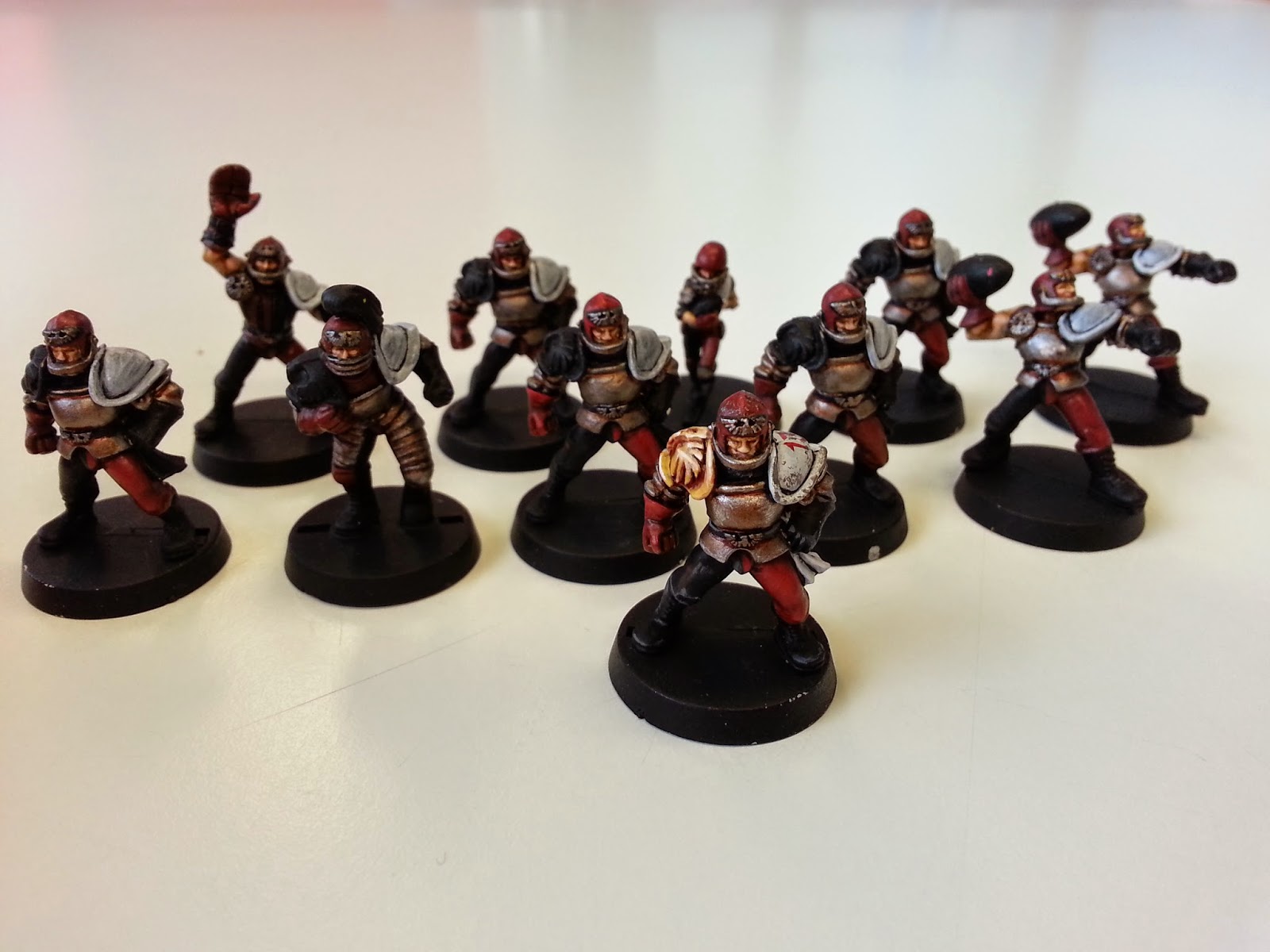 Posted by Eternal Wargamer at 01:11