Greetings Wargamers and Hobbyists, and welcome once more to the workshop.

This week the members of the Sprue Cutters Union (#spruecutters) have been asked a rather sticky question, one which I am sure we each have our horror stories about...

Well, this is a very simple one for me, because I only use one kind of glue...Loctite Super Glue with brush applicator.

This reasoning behind this has come about over an extended period, bearing in mind that it will be twenty one years with the coming of February's issue of White Dwarf since I began in the hobby of miniature wargaming, not counting a couple of years or so with HeroQuest and Space Crusade before that, so I have been through some glue in my time.

I use superglue because it sticks fast, which is great when you have an entire army to build, and when I started out in the hobby, most of my minis are wholly or partially metal, so Super Glue is the obvious choice for that reason as well. Its 'rapid reaction' also makes it good for impromptue field repairs for that inevitable damage in transit on the way to a games night.

The reason I use super glue instead of poly cement for my plastics is two-fold: superglue sticks faster, and you can take models apart again later to help with painting. You can also take apart models that are glued with cement, but that requires the use of a chain axe...

You might think that this was enough to answer the question, and I guess it is, but the inner workings of my cogitator is never as simple as that, no sir it isn't.

I guess I could say a few words about using the particular glue I use. Quite simply, the reasons are as follows:


So, there are my thoughts on which glue and how it is applied, and a few pointers I have picked up while using it. Let me know if you get stuck with any of them...

If you would like to read more posts on this same topic by a variety of miniature modellers, I invite you to have a look through the links below to the blogs of other Union Members, and to the main Topic Hub over at the Combat Workshop, where more members will post their links.

I also invite you to check out this link, which explains how you too could become a Sprue Cutters Union member. All you need is a blog of your own, whether you are a seasoned blogger or would like to start one for the for the first time, and more importantly you need a passion for miniature modelling of one kind or another. We are indeed a varied bunch...

P.S. Here are a couple of photos of my completed Chaos Warriors, The Unleashed...next time, something quite different. 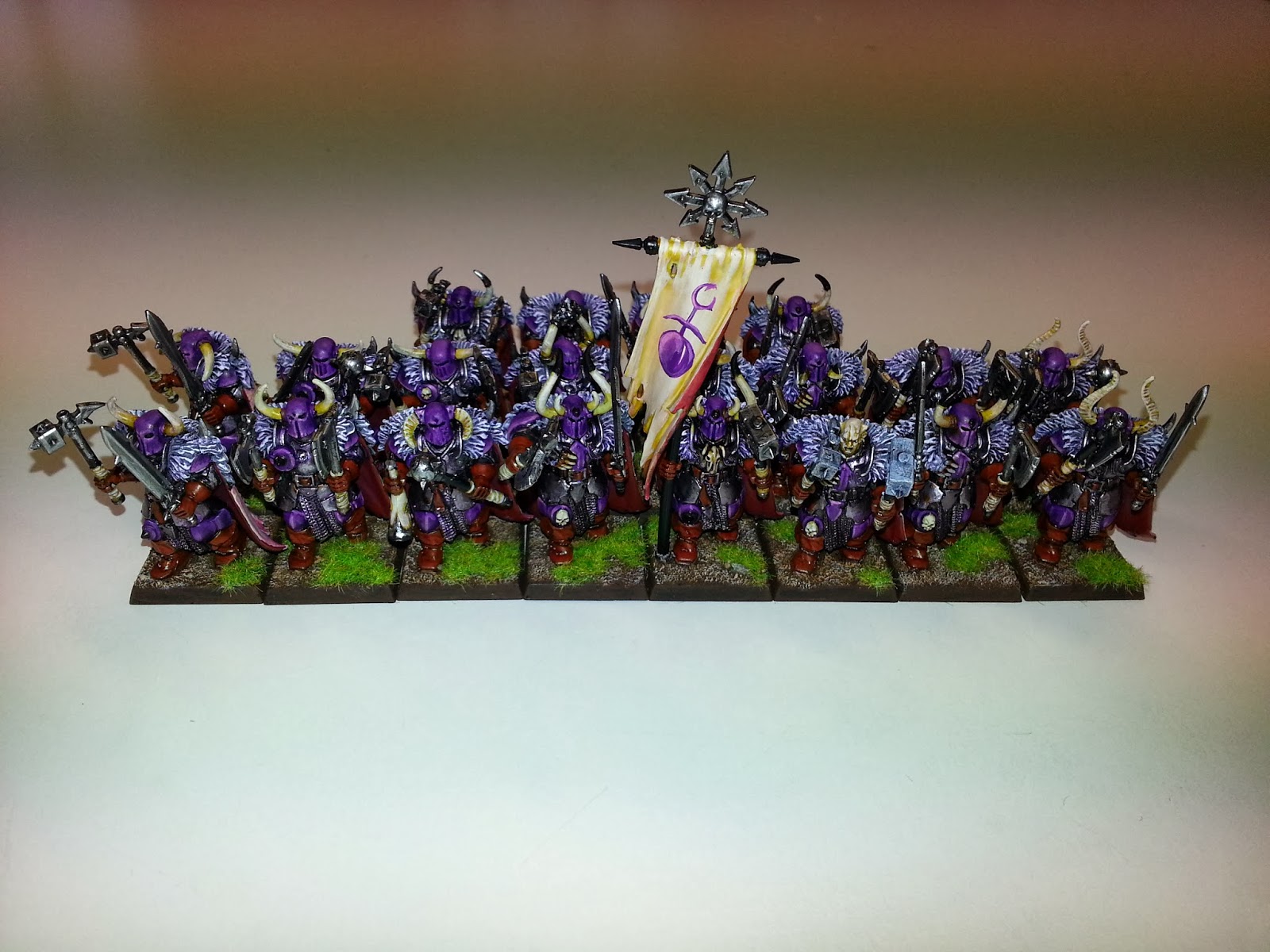 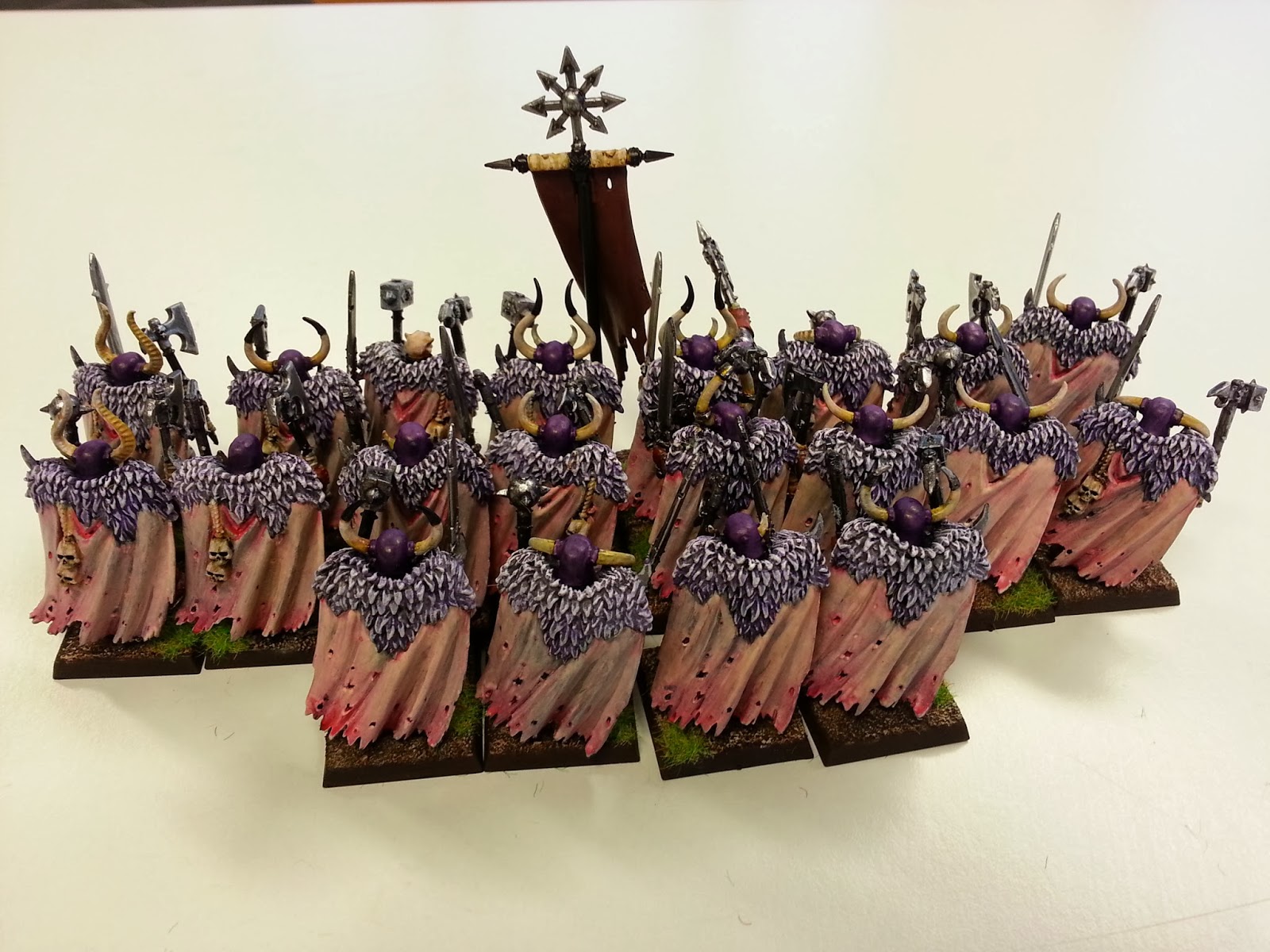 Posted by Eternal Wargamer at 23:59