Greetings wargamers and hobbyists, and welcome once more to my humble hearth.
Thank you for joining me for the Sprue Cutters Union weekly topic number #12.

The Sprue Cutters Union, guided by the steady hand of Jon B over at the Combat Workshop, continues to grow. This week, in a contrast with an early topic asking what models or kits will never find their way onto our work benches, the Union members have been asked to comment on the models and kits we like to collect and assemble. Therefore, this week's topic driver is:

So, as you might expect, as a wargamer, again my answer could be quite different to that of my scale model building Union comrades. Playing games like Warhammer Fantasy and Warhammer 40,000, there are various things which influence which models you collect, when you are collecting for the purposes of playing tabletop wargames with your collection. It's not (at least in my case) just a question of which models you like the look of, because you buy models to serve a purpose. It is also significant that in most cases, armies contain multiple different types of units, from single impressive character models riding monsters, to large blocks of infantry in Warhammer, right through to bikers, tanks and aircraft in Warhammer 40,000, so it's not even as simple as selecting a 'type of unit', unless you were going to break it down significantly to a unit vs unit decision.

I have never been able to look at my collection of models as individual models or units. Everything belongs somewhere, and in many cases, are critical components in a wider force, and the rest of the collection cannot function as a gaming resource without them. Rules must be obeyed.

Another important consideration for me is that I have never been able to separate my model collections from the in-game background material that accompanies them. When you are a (balanced or hobby) player of tabletop wargames, your choice of which models or armies to collect is typically influenced by three questions:


If the answer to any of these three questions is no, and if you are anything like me, there is only so much mileage in the models. I would never collect an army whose background material I dislike or am unsympathetic to, because I am unlikely to develop that critical personal connection to the models. Equally, if the army doesn't gel with my play style, I may struggle to be successful on the gaming table with them, and consistently losing with an army can sometimes undermine your desire to play them, despite liking the models and background material. Finally, if you really aren't overly keen on the models, you're probably on a non-starter with the army to begin with.


So, given the criteria above (which are not necessarily hard and fast. Some players collect an army purely to smash face at tournaments, and couldn't care less about the background material or what the models look like) I guess the simplest way to tell you which models I do like to build, is to tell you which armies I do collect and play. These are my Warhammer and 40K collections, though I have many models for GW specialist games as well, but we haven't got all day...here are some sample pics from the interwebs:

For Warhammer 40,000, I collect, paint, convert and play games with the following armies: 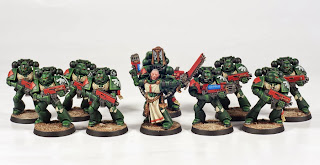 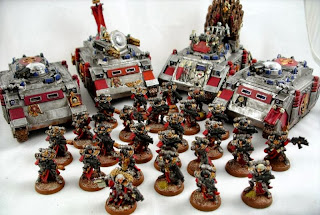 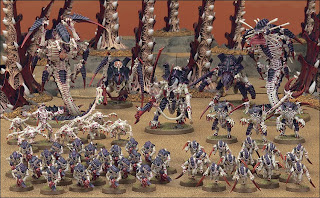 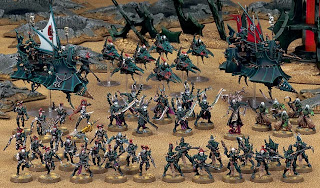 And now my Warhammer Fantasy armies: 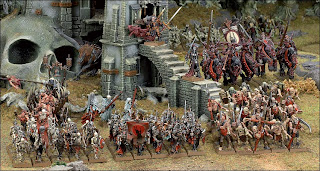 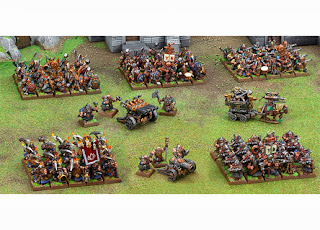 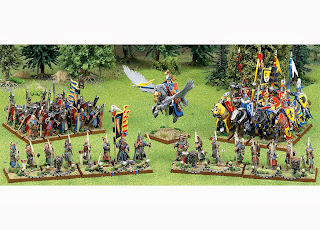 And there we are. When the models a collector likes are categorised by army rather than individual model, the easiest thing to do is show you.

As a member of the Union, it is my pleasure to be able to provide links to the posts of other members for you to enjoy, please see below:

And finally, if you are interested in finding out about and even joining the Union, look here. All you need is a blog, and a passion for miniature modelling in one form or another. Check it out.

As always, thanks for reading...