Storm of Chaos vs End Times

A very quick post today, touching on a subject that is big in the Games Workshop/Warhammer news at the moment – The End Times.

I am often inspired to type up a blog post by comments that I hear on the many podcasts I enjoy, and only this morning I was listening to The Dwellers Below discussing The End Times and differences between this and the old Storm of Chaos. They chatted about whether they thought the story being developed in the End Times would stick and officially change the setting of the Warhammer game, or whether it may all just disappear in a few months as if it had never been, just like the Storm of Chaos did.

The thoughts I have had since have been about what makes these two events fundamentally different, and therefore very difficult to compare fairly in a ‘like-for-like’ manner. 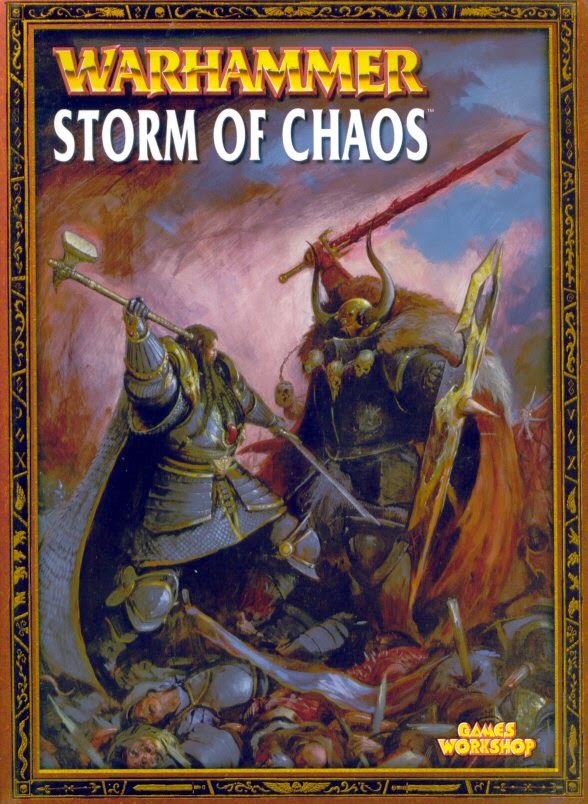 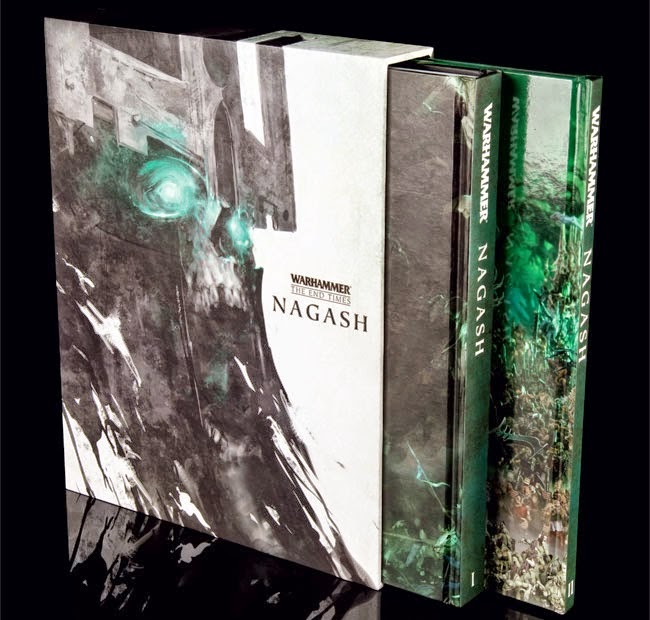 The Dwellers commented that the Storm of Chaos mainly existed online and in White Dwarf at the time of the event, whereas The End Times are fully supported by books. This may have been an ‘in-the-moment’ oversight by the Dwellers, who I typically find to be very knowledgeable, but the Storm of Chaos did have its own book, which detailed the build up to the events, new army lists and scenarios to be played. Without knowing more about what the guys meant, it’s hard to be definitive in my conclusion, but I think it’s possible that they may have meant that the Storm of Chaos was not supported by books as it progressed in the way that The End Times has.

Game Rules. The End Times has introduced not only characters and rules for those characters to be used in game – which the Storm of Chaos also did – but much wider reaching additions and alterations to the main game rules, in particular the magic phase, and the degree to which armies have been combined to allow a vast variety of new unit and army combinations. This has allowed some lower tier armies to be combined with units from other force lists which either fill gaps in capability or boost the inherent strengths of the army, and has made some lesser used or underpowered armies far more playable.

Plot arrangement. This aspect is what really clicked in my mind and made me want to address it in a blog post. A while back in one of my ‘Forging the Narrative’ series of posts, I raised the question of how you might arrange the narrative plot when organising a campaign – do you have the entire plot laid out in advance and allow the players to ‘play through’ the pre-determined story, or do you build up the story and then let the players take over from a certain point and determine the path of the conclusion for themselves based on their ‘in-game’ actions – wind it up and let it go?

This is in my opinion the single most profound difference between the Storm of Chaos (which was a worldwide campaign intended to be played to its conclusion by Warhammer Generals across the global community), and The End Times, which is in practice a set of source books which allow players to use rules in their own games set around the End Times events). This is also where the discussion ties back into my earlier Forging the Narrative post.

Games Workshop have seemingly decided to retain control (at least so far) of the plot development, rather than allowing the actions of the Warhammer community to dictate the development. When we compare this to the Storm of Chaos, this is quite possibly the reason that the Storm of Chaos went the way of the Dodo, because the way the story played out wasn’t what Games Workshop planned for or expected, and they had a hard time writing it out in a manner that players could believe and engage with. In other words, the well laid and well set up plan went somewhat awry, because the games that were played sent the campaign in rather a different direction.

I think that this was a good idea on the part of Games Workshop and their talented team of writers, and it’s also what has kept gamers hooked on the story as it has progressed, no matter how fantastical and unexpected the turn of events. With the number of well-known characters that have bitten the proverbial bullet as the story has gone on, and the way in which the relationships between races and nations has changed quite dramatically in some cases, the story so far is for me what I think GW would have wanted the Storm of Chaos to be if things had followed their grand plan, and then some.

I would very much hope that people have already twigged this one, but I suppose that when I remember how many years it is since the Mild Breeze of Chaos blew out, it also reminds me how old I am.

The debate about The Storm of Chaos and The End Times needs to account for one rather significant piece of information, and this is something I mentioned as part of the last comparison:

The End Times is a vast and sprawling narrative with accompanying rules to allow gamers to play out battles using scenarios, special characters and rules all forming part of the release. In essence, although it is ongoing, it is a set of source books. It provides a setting and rules for playing out battles in the setting, or to actually re-fight key battled in the manner of a historical battle. The Storm of Chaos, in stark contrast, was a worldwide campaign, with all the associated implications – the story was built up, and then the gamers themselves were given the tools to go out and play out the action to a conclusion.

These are two very different formats and ways of running an event, particularly in the way the information is controlled by the ‘Games Master’ or Narrator (Games Workshop) and in the impact that the players are allowed to have on the development – in the case of The Storm of Chaos the impact of the players actions was huge (and relinquishing that control to the players is probably where things started to fall apart as far as the story was concerned), in The End Times the impact of the players actions doesn’t extend beyond depleting stocks of the wonderful books and models, and giving headaches to tournament organisers, for whom I have a degree of sympathy trying to deal with all the changes and uncertainty.

Anyway, before this quick post becomes a ramble, those are my brief thoughts about the differences between the two events. If you have any thoughts about the comparisons, or think I have either made too much of some points and not enough of others, feel free to drop me a line.

Posted by Eternal Wargamer at 12:02